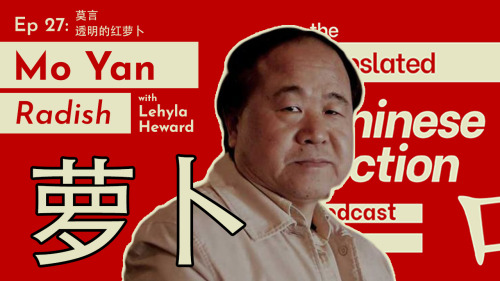 "As the boy's thoughts wandered, the purple and green leaves turned into autumn well water, and then the jute became water, while sparrows skimming the tips of the jute plants were transformed into green kingfishers snapping up tiny shrimp from the water's surface."

In the twenty seventh episode of The Translated Chinese Fiction Podcast, we are looking at Mo Yan's Radish (透明的红萝卜 / Tòumíngde Hóngluóbo). Our guest is Lehyla Heward 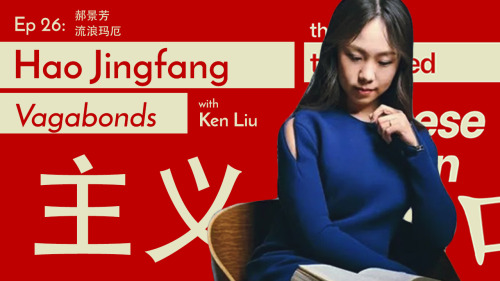 In the twenty sixth episode of The Translated Chinese Fiction Podcast, we are looking at Hao Jingfang's Vagabonds (流浪玛厄斯 / Liúlàng Mǎèsī)

It would be tempting to say that Vagabonds is a Chinese science fiction rewrite of Ursula K le Guin’s The Dispossessed. My guest Ken Liu would be the first to stress that while there’s some truth to this, readers would be much better off treating the book as thing unto itself. He’s right- this is a book with no shortage of ideas or interpretations. Storywise, here’s what you need to know: it’s a red socialist planet ‘versus’ a green and blue corpocracy. Sit down, get comfy, and pick a side. Or don’t. Not picking a side may be the point.